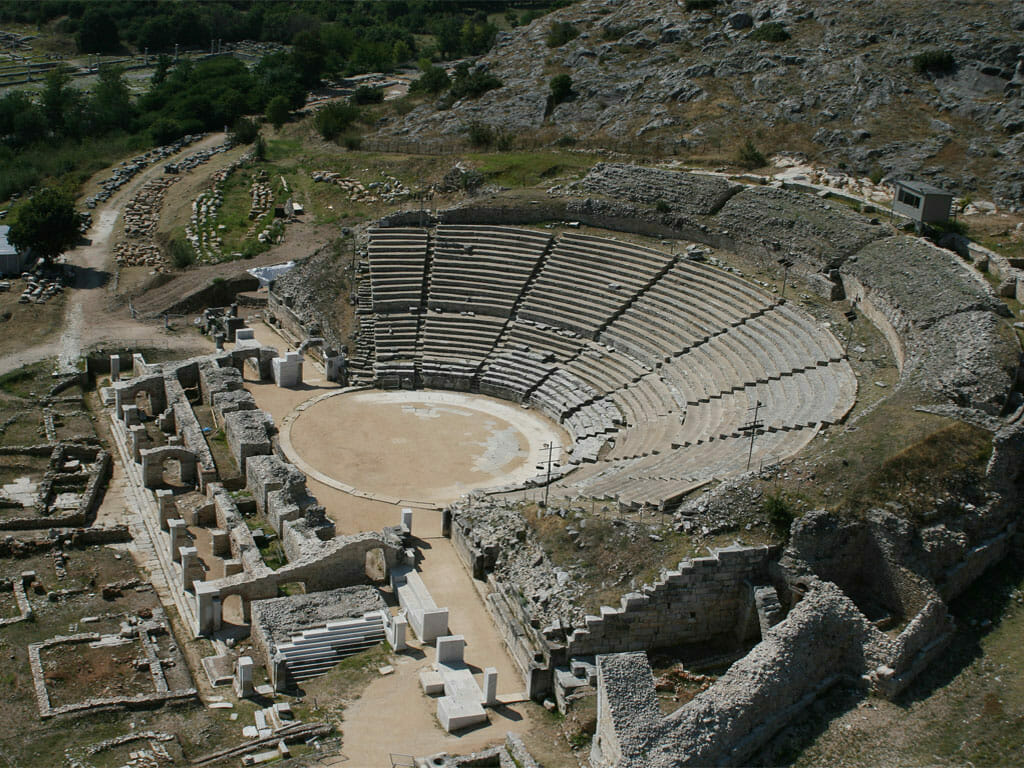 Philippi, located in northeastern Greece is one of the most important archeological sites of Eastern Macedonia with remains from the Hellenic, Roman and early Christian periods. The municipality was classified as a UNESCO World Heritage site in 2016.

Its history begins in 360/359 BC when colonists from Thasos first founded the city originally naming it Krenides. It was then conquered by Philip II Macedon in 356 BC and renamed Philippi. Remains of this Hellenic city can still be seen including the gates, theatre and temple. During the Roman era the city was reshaped into a small, “Rome” with Roman public buildings including the Forum and a monumental terrace with temples to its north. The site formed part of the Via Egnatia, the road constructed by the Romans in the 2nd century BC, which crossed through Illyricum, Macedonia and Thrace.

In 49/50 CE the New Testament records that the apostle Paul visited the city during his second missionary journey and the city became a center of Christian faith and pilgrimage. Early Christian architecture has been discovered from this time including a Christian basilica and Octagonal church.

The first excavations of the city did not begin until the summer of 1914 and were interrupted by the First World War. The digging was then renewed in 1920 and continued until 1937. After the Second World War Greek archaeologists returned to the site to finish the excavations.

In the summer, concerts and theatrical performances still take place regularly amongst the ruins of the beautiful ancient theatre. Buy tickets and experience a performance like the ancient Greeks or imagine yourself watching a ghastly Roman gladiator fight. You can still see the passages where the wild animals entered!

Tip: Book an official Tour Guide
→ Υou must combine your visit to the museum with a trip to the Archaeological Site of Philippi. Daily Package → tours.philippipark.com
Opening Hours: Summer (June – September)
Tuesday to Sunday: 09:00 – 18:00
Winter (October – May)
Tuesday to Sunday: 8:00 – 15:00
Tickets General Admission: 6,00 €*
*The Τicket price is for both the archaeological site and museum of Philippi.

Login to Greece Authentic
Reset Password
Enter the username or e-mail you used in your profile. A password reset link will be sent to you by email.

This site uses functional cookies and external scripts to improve your experience.

NOTE: These settings will only apply to the browser and device you are currently using.